How far can dogs hear? Dogs have a sense of hearing that is much more sensitive than humans. These animals are able to hear sounds at distances up to 10 times farther away than people!

In addition, the frequency range and volume that these animals can detect varies greatly from what humans can!

They can hear things we humans cannot and they can do it from a much farther distance than us. But, how far can our dogs hear? And what is the range of their hearing frequency?

In this blog post, we will explore these questions and uncover some interesting facts about our canine companion’s ability to pick up sound waves!

How Far Can Dogs Hear?

When a dog is born they gradually develop their sense of hearing on the basis of the sounds they get to hear around. Once their hearing sense is completely developed, they can hear things in a much better way than us.

The ears of dogs can be divided into three parts and the outer part comprises the pinna which is responsible for amplifying sounds and transferring them into the ear canal. Then comes the middle part consisting of three miniature bones, the Eustachian tube, and the eardrum.

The Eustachian tube aids in connecting the middle part to the rear part of their nose. The last one is their inner ear which contains the cochlea or the hearing organ along with the vestibular system.

In this part, there are 18 muscles controlling the movement as well as the direction of their outer ear. Through this, a dog can alter the shape of its outer ears for capturing sound.

As the hearing sense of dogs is much powerful in comparison to human beings, on average, a dog can hear sounds from up to 80 feet to even a mile.

When it comes to answering how far can dogs hear, it’s important to acknowledge the role of pitch in their ability to hear sounds. Every sound contains a pitch that can be understood by the frequency wavelength.

This frequency is measured in the unit of Hertz or Hz. When the pitch of a sound is low, the Hertz measurement will also be lowered. One cycle of wavelength is measured at 1Hz.

Dog’s Sensitivity To The Sound Of Fireworks

We are all aware that a dog is extremely sensitive to the sound of crackers and fireworks because of their high pitch sound that is so loud some dogs become afraid of the noise.

If you consider the human range of hearing, it’s true that the sounds produced by fireworks are loud even to our hearing. This itself testifies to the amount of trauma it can cause to the dog’s ears.

The terrific high pitch wailing that starts with the ignition of fireworks finally transforms into very loud bangs when the crackers explode midway scaring the dog to a great extent.

Take Large Fireworks, for example, the high frequency of fireworks can increase to 1000 Hz with the sound pressure level around 125 dB which can be very frightening to dogs.

Some dogs also undergo stress and anxiety and it’s reflected in their behavior of hiding under the bed or some other piece of furniture.

Dog’s Sensitivity To The Sound Of Thunder

You will notice that some dogs get frightened by the sound of thunder since they are not sure about the source of the sound and assume it to be a threat. This is because thunder has a low pitch as compared to fireworks.

The frequency of the sound that comes from lightning or thunder can be heard by dogs up to 80 feet away and even more, depending on the intensity of the storm. The measurement in Hertz will also depend upon how loud it gets echoing through your house.

Typically, it can be anywhere between 100 dB to 115 dB, way beyond the safety range for canine ears.

As such, there are instances where some dogs get scared because they hear much louder sounds than usual due to storms near their home!

Such noises keep them awake at night especially if you live close enough for hearing these sounds inside your home too!

The Frequency Of Whistles

A dog whistle is a special whistle that emits a high-pitched frequency sound designed to get the attention of dogs. It’s interesting to note that these whistles are inaudible to human beings.

Dogs can hear the frequency emitted by a dog whistle much better than we can and this is why they come running when they hear their owners blow on it.

The frequency range for a typical dog whistle is between 23,000 to 54,000 Hz which is well within the range that an average dog can hear.

Some people use them as means of training their dogs or getting their attention from afar. You will be surprised to know that some hunters also use these whistles to call their dogs back during a hunting expedition.

Dog whistles are a quick and effective way to get the attention of your dog while they’re not responding to you when their eyesight is blocked or if they can’t hear what you have said in that loud surrounding noise.

Barking Of Other Dogs

The incredible hearing ability of dogs also allows them to hear the barking of other dogs much before the others are in sight. While some dogs may bark because they do not want to socialize, others may use it as a means of socializing.

You may notice your dog whining or wagging its tail along with the display of other exciting behavior because he has spotted another dog through the sound of its barking even when it is not in sight.

Also, your dog may show irritation and excessive barking if it doesn’t wish to socialize but feel the presence of other dogs near. After all, they don’t need to see a member of their species to avoid or greet them by barking!

Recently, in a study published in a journal titled, Biology Letters, it’s pointed by a group of scientists working at the University of Sussex that domesticated dogs can instinctively hear and recognize the words when it comes from different people.

In the study, words were chosen in such a way that they cannot have any relation to the typical commands used at homes to ensure that they cannot give conditioned responses due to home training.

According to the reports of the study, the dogs could understand the same word when it was spoken by different people while also being able to distinguish between the voices of different people and their sounds.

As per the opinion of the scientists, the ability of dogs to understand vowel sounds when they are hearing them from different people is quite similar to the abilities of human beings.

The human voice has a frequency between 350Hz and 3000Hz. which means dogs are likely to hear the frequency of high pitch voice better than the low pitch voice from a distance.

Signs Your Dog Is Hearing Something You Can’t

Dogs are able to detect sounds that we can’t hear and this is usually done by paying close attention to our facial expressions and body language.

If you think your dog is reacting to a sound that you can’t hear, here are some signs to look out for:

Some dogs might also respond to the noise by becoming hyper or overly excited. Dogs who are highly reactive may even try to jump up on you as if they want your attention. A typical behavior that is connected with hearing something we can’t hear!

Can You Train A Dog To Hear Better?

As of now, there is no scientific evidence to suggest that you can train a dog to hear better. However, some people believe that by using positive reinforcement techniques, you can help your dog become more aware of the sounds around them.

It is important to note that just like with any other skill, dogs will vary in their ability to hear different noises. Some dogs may be born with a heightened sense of hearing while others might not be as sensitive.

This means that training your dog to specifically focus on certain sounds might be a bit difficult task.

That being said, if you think your dog is having trouble hearing something or they are constantly barking at or reacting to noises that we can’t detect, it’s always best to take them to the vet for a check-up.

The vet can do some tests to see if there is an underlying medical condition causing your dog’s hearing problems and they can also give you some tips on how to help train your dog better.

Dogs can hear sounds that we cannot detect and this includes noises that are at a higher or lower frequency than what we can hear.

It is important to be aware of these differences when trying to get our dog’s attention and also be mindful of the fact that some dogs might react differently to certain noises depending on their breed, temperament, and individual sensitivities.

Training a dog to specifically focus on certain sounds may be difficult but it is possible with patience and persistence! Thanks for reading! Cats can be great companions, but they are notoriously difficult to travel with. They don’t like being crated and they often refuse to use litter boxes unless training has been provided. Luckily, there are some modifications that you can make to your RV before embarking on your next trip that will make it much easier… Can Morkies Swim? If you’re like most Morkie owners, you probably have a lot of questions about what’s best for your pup. And one of the big questions is whether or not Morkies can swim. The answer to that question is a little bit complicated. On the one hand, all dogs are born with a… 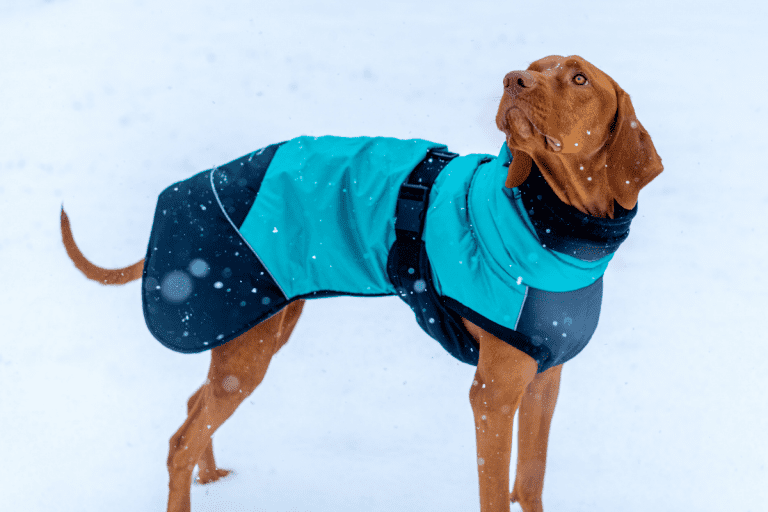 Affiliate Disclaimer: As an affiliate, we may earn a small commission when you make a purchase from any of the links on this page at no additional cost to you!In the winter, making sure your dog is warm and dry is a top priority, and one way to solve this is by getting your dog… Airlines That Allow Large Dogs In the Cabin is it possible? Flying with a large dog can be a stressful process. Not only do you have to worry about getting through security, but also finding an airline that is willing to allow your dog to travel in the cabin.  Many pet owners prefer their dogs… Can Shih Tzus Swim? When it comes to swimming, unfortunately, not every dog is cut out for it! In fact, Some breeds are actually prone to being unable to swim due to their body shape and size. Luckily, however, this isn’t true for Shih Tzus – they absolutely love water! But, there are a few… 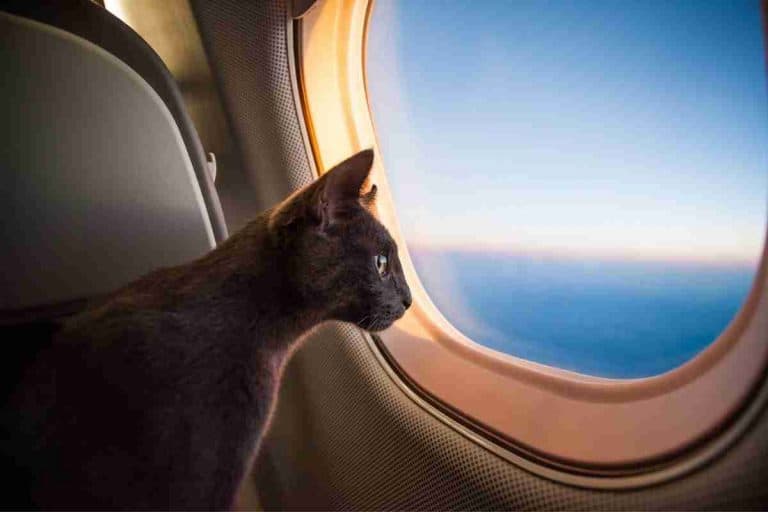